“All My Mothers” -The Story of Yehudith Kleinman

“Whoever saves one life, saves the the world entire.” Hebrew Talmud

When I was 40 years old, director of the International Medical Missionary Training at Herghelia, Romania, my family came from Slovakia to celebrate my birthday. My mom, my Catholic godmother (her sister), my sons Filip and Adam, my brother Piťo and his wife Monika.

During this joyous occasion for the first time in my life I heard a special story about my grandpa. I 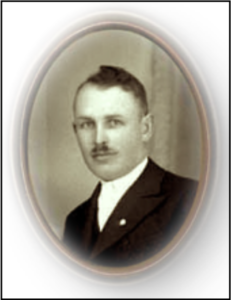 heard often about him, what a special man he was. Everyone in our Podunajské Biskupice village loved him, including gypsies. When the rooster would kill itself on the fence he would give it to them and in turn they would never steal from grandpa’s yard 😉

During the war his family lived in the center of village and next to him a Jewish family had a store. When the World War II broke out, eventually the Slovak State was searching for Jews to deport them to Poland to be exterminated. So many people participated in this brutal hunt. Yet, my grandfather, devote Catholic, decided to secretly hide his Jewish neighbors.

What a man! He died year before I was born, but after hearing this story he became my hero. Years before when I saw Schindler’s list movie I would never dream that someone in my own family would dare to do anything like that. After my godmother shared this story at my 40th birthday she added: We were always asking ourselves who in our family will cary on our father’s legacy. We were wondering, could it be you?

Today is Sabbath. I am in Arizona and my first-born son Filip has his civil wedding in Slovakia. Big day in his life and therefore big day for me as well. I wish I could be there, but circumstances didn’t allow me to go. So this Sabbath afternoon I am watching on YouTube stories about Jews who survived the Holocaust. Reason is that this week I received first copy of my book I was working on for about two years – the “ABC of Love.” Here I carry the legacy of my grandpa!

One of these stories I watched touched me very much because it reminds me my family. I still wonder if there is a way to find some relatives of the family my grandpa saved during the war. If someone reads this lines and can give me some suggestion where to search, please, let me know. Here is the story of JEHUDITH:

This story is story is special for me, because Jehudith was searching for a long time about her mother, father and grandma until she learned the painful truth – they were all killed. Her story is making me cry, because after the war was over she had to chose between Catholic mother superior where she was hidden and her Jewish heritage. Just like my grandpa. During the war, Slovak State had as a president the Catholic priest, Jozef Tiso. My grandpa being Catholic himself had to wrestle with similar dilemma – follow his Catholic priest as the president of the country who was busily deporting the Jews or to follow his conscience and risk not only his life but the lives of all his family. There are precious people among Catholics like this mother superior in Jehudith’s story. Yet the dark powers behind the scene can be broken only as we are willing to risk our own lives.