America is bleeding and there is no way to stop this wound? The message swept cross the nation like a wild fire when white cops shot African Americans. We got in our Facebook a post of a country singer Coffey  Anderson creating a video with simple suggestions how to prevent an impression that the cop is threatened.

I was reading the comments, many appreciative, some negative. Each coin has two sides of the story. How far we need to go to prevent being shot in the middle of a day? Even stretching our fingers that a cop can be sure we don’t hide some gun behind us? At the end of the day, if that alone can save you from being killed, why not? But as some commented the issue is much deeper than that:

“Sorry but this is not the solution, but a bandaid to a very serious wound in American society!”

Coffey Anderson responded: “You’re right. This video is not the solution. But I do believe that some of these tips can help somebody. If just one person. And yes, America is bleeding pretty bad right now.”

That touched my heart. We need to do both: prevent any disaster – immediately, each day, as much as it depends on us and take some deeper measures where we want to reach the heart of the issue as well! And what is it? What is causing that we have to be afraid of a cop, who should protect us? What makes cops to overreact and shoot before they might be shot? What makes even young people obese and people dying in cancer? What makes husbands to abuse their own wives or molest their own daughters?! You know it!

Yes, in one word, it is: SELFISHNESS! Broken hearts searching for love in wrong places, purposeless lives, messed up parents raise messed up children, which are the future of any nation. We are all in the same boat, called Titanic and we need to switch to Noah’s Ark. Today.

I know, my solution won’t reach all, but I also want to contribute with my effort to the solution instead of just describing how bad is the problem. I got married in 2007 and in our honeymoon we visited a couple running Revival Seminars. They just lost a video editor to process their freshly recorded seminar about character building. Over the time they retired and handed over to my wife and me this ministry. Since then for 8 years I was searching for a way to make the ONLINE CHARACTER BUILDING TRAINING and by God’s grace few weeks ago we released it. Please, take time to look into it and sign up. Just like Coffey, I know that I won’t save the world and I know this is only water drop in the bleak ocean of decay in this society, but those who will participate, won’t regret. Taste and see how good is the LORD. Ps 34:8.

Here is the description of your character building training. 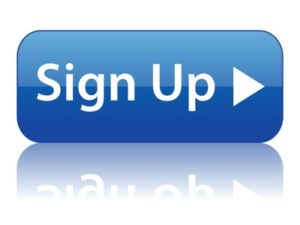