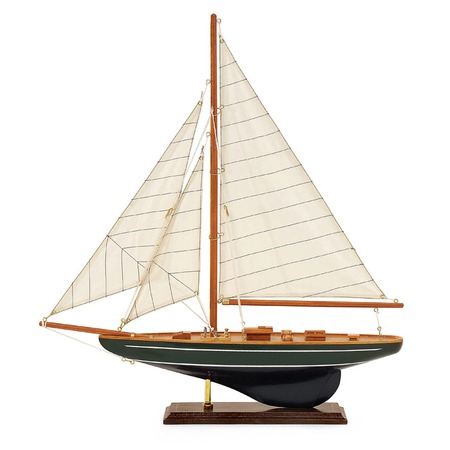 Dear readers: my dear wife was reading to me today a lovely story with a moral from a book–a collection of the best character building stories for children. These stories are collected by Mother White back in 1800’s from different sources. May you find it refreshing and inspiring just like I did when I was listening to my darling:

/It was a lovely spring morning; the sun was shining brightly, when Joe Benton sprang out of the back door. “I’ll have time to run to the brook before breakfast and see if my boat is all right,” he said to himself. “We boys are to meet and launch her at nine o’clock, and the captain ought to be up on time.”
So Joe hastened down to the cave where the precious boat was hidden. As he neared the place, an exclamation of surprise escaped him. The big stone before the cave had been rolled away. Hastily drawing forth his treasure, he burst into loud cries of dismay; for there was the beautiful little boat which Cousin Herbert had given him, with its gay sails split into many shreds, and a large hole bored in the bottom.
Joe stood motionless with grief and surprise; then, with a face as red as a peony, he burst forth: “I know who did it! It was Fritz Brown, and he was angry because I didn’t ask him to come to the launching. But I’ll pay him back for this,” said Joe. Hastily pushing back the ruined boat, he went a little farther down the road. He fastened a piece of string across the footpath a few inches from the ground and carefully hid himself in the bushes.
Presently a step was heard, and Joe eagerly peeped out. How provoking! Instead of Fritz, it was Cousin Herbert, the last person he cared to see. Joe tried to lie very quiet; but it was all in vain. Cousin Herbert’s sharp eyes caught a curious movement in the bushes, and, brushing them right and left, he soon came upon Joe. “How’s this?” cried he, looking straight into the boy’s face. “You’re not ashamed to tell me what you were doing?”
“No, I’m not,” said Joe sturdily, after a short pause. “I’ll tell you the whole story.” Out it tumbled, down to the closing threat. “I mean to make him smart for it,” said Joe.
“What do you mean to do?”
“You see, Fritz carries a basket of eggs to the store every morning, and I plan to trip him over this string, and make him smash all of them.”
Now Joe knew well enough that he was not showing the right spirit, and he muttered to himself, “Now for a good scolding.” But to his great surprise Cousin Herbert said quietly, “Well, I think Fritz does need some punishment, but this string is an old trick; I can tell you something better than that.”
“What?” cried Joe eagerly. 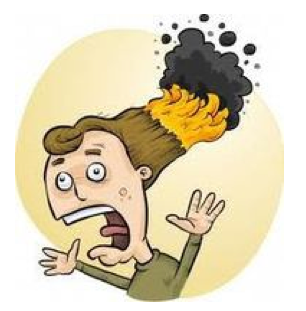 “How would you like to put a few coals of fire on his head?”
“What, and burn him?” said Joe doubtfully.
Cousin Herbert nodded with a queer smile.
Joe clapped his hands. “Now that’s just the thing, Cousin Herbert. You see, his hair is so thick he wouldn’t get burned much before he’d have time to shake them off; but I’d like to see him jump once. Tell me how to do it, quick!”
“If thine enemy be hungry, give him bread to eat; and if he be thirsty, give him water to drink: For thou shalt heap coals of fire upon his head, and the Lord shall reward thee,” {Pr 25:21-22; Rom 12:20-21} said Cousin Herbert gravely. “I think that’s the best kind of punishment Fritz could have.”
Joe’s face lengthened terribly. “Now, that’s no punishment at all.”
“Try it once,” said Cousin Herbert. “Treat Fritz kindly, and I am certain he will feel so ashamed and unhappy he would far rather you had given him a severe beating.”
Joe said sullenly: “You said this kind of coals will burn, and they don’t at all.”
“You’re mistaken about that,” said his cousin cheerily. “I have known such coals to burn up a great amount of rubbish—malice, envy, ill feeling, revenge—and then leave some cold hearts feeling as warm and pleasant as possible.”
Joe sighed. “Well, tell me a good coal to put on Fritz’s head, and I’ll see about it.”
“You know,” said Herbert, smiling, “Fritz is poor and he can seldom buy himself a book, although he loves to read. Now you have quite a library. Suppose—ah, well, I’ll leave you to find your own coal. But be sure to kindle it with love, for no other fire burns so brightly and so long.” With a cheery “good-by,” Herbert sprang over the fence and was gone.
Before Joe had time to collect his thoughts, he saw Fritz coming down the lane with a basket of eggs in one hand and a pail of milk in the other.
For one moment Joe thought: “What a smash it would have made if Fritz had fallen over the string!” Then he stopped, glad that the string was safe in his pocket.
Fritz looked uncomfortable, but Joe began abruptly: “Fritz, do you read much now?”
“Sometimes,” said Fritz, “But the trouble it, I’ve read everything I can get hold of.”
“How would you like to take my new book of travels?”
Fritz’s eyes danced. “Say, would you let me? I’d be careful with it!”
“Yes,” answered Joe, “and perhaps I’ve some others you’d like to read.” Then he added shyly: “Fritz, I would ask you to come and help sail my boat today; but someone has torn up the sails, and made a hole in the bottom. Who do you suppose did it?”
Fritz’s head dropped, but then he looked up, and said: “I did it, Joe. I can’t begin to tell you how sorry I am. You did not know I was so mean when you promised me the books.”
“Well, I rather thought you did it,” said Joe slowly.
“And yet you—” Fritz couldn’t get any further. He rushed off without another word.
“That coal does burn. I know Fritz would rather I had smashed all his eggs than to have offered him that book.” So Joe went home with a light heart, hungry for his breakfast.
When the captain and the crew of the little vessel met at the appointed hour, they found Fritz there before them trying to repair the damage. When he saw Joe, he held out a beautiful little flag he had bought for the boat with part of his egg money that morning. The boat was repaired, and everything turned out as Herbert had said.
Joe found that the more he used of this curious kind of coal, the larger supply he had on hand—kind thoughts, kind words, and kind actions. His playmates, who saw that he was always happy, soon said when there was any trouble: “Let us try a few of Joe Benton’s coals.” It was astonishing to see how quickly their hearts grew warm toward each other.