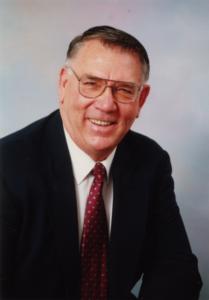 Listen to the lecture of Howard Lyman. If you wish to know more, you can visit his site: MAD COWBOY.

“I think it’s the most exciting time to live in the world, because the only thing that has ever changed human behavior is crisis. And we have a crisis… You are here [listening] for a reason!”

What else to say? We all need to make our minds up – do we make our eating choices by what taste good to our taste buds or what is the best diet for our body and brain? Are you aware how much your diet affects your capacity to hear the voice of JESUS?

We must free ourselves from the customs and bondage of society, that when the principles of our faith are at stake, we shall not hesitate to show our colors, even though we are called singular for so doing. Keep the conscience tender, that you may hear the faintest whisper of the voice that spoke as never man spoke. Let all who would wear the yoke of Christ show an inflexible purpose to do right because it is right. Keep the eye fixed on Jesus, inquiring at every step, Is this the way of the Lord? The Lord will not leave any one who does this, to become the sport of Satan’s temptation. . . .  {OHC 341.4}

We must establish an unyielding enmity between our souls and our foe; but we must open our hearts to the power and influence of the Holy Spirit. . . . We want to become so sensitive to holy influences, that the lightest whisper of Jesus will move our souls, till He is in us, and we in Him, living by the faith of the Son of God.  {3SM 355.1}

Let the diet reform be progressive. Let the people be taught how to prepare food without the use of milk or butter. Tell them that the time will soon come when there will be no safety in using eggs, milk, cream, or butter, because disease in animals is increasing in proportion to the increase of wickedness among men. The time is near when, because of the iniquity of the fallen race, the whole animal creation will groan under the diseases that curse our earth.  {CD 460.4}
God will give His people ability and tact to prepare wholesome food without these things. Let our people discard all unwholesome recipes. Let them learn how to live healthfully, teaching to others what they have learned. Let them impart this knowledge as they would Bible instruction. Let them teach the people to preserve the health and increase the strength by avoiding the large amount of cooking that has filled the world with chronic invalids. By precept and example make it plain that the food which God gave Adam in his sinless state is the best for man’s use as he seeks to regain that sinless state. {CD 460.5}

Here is a whole chapter filled with the inspired thoughts to the given subject:

The diet appointed man in the beginning did not include animal food. Not till after the Flood, when every green thing on the earth had been destroyed, did man receive permission to eat flesh.  {MH 311.1}
In choosing man’s food in Eden, the Lord showed what was the best diet; in the choice made for Israel He taught the same lesson. He brought the Israelites out of Egypt and undertook their training, that they might be a people for His own possession. Through them He desired to bless and teach the world. He provided them with the food best adapted for this purpose, not flesh, but manna, “the bread of heaven.” It was only because of their discontent and their murmuring for the fleshpots of Egypt that animal food was granted them, and this only for a short time. Its use brought disease and death to thousands. Yet the restriction to a nonflesh diet was never heartily accepted. It continued to be the cause of discontent and murmuring, open or secret, and it was not made permanent.  {MH 311.2}
Upon their settlement in Canaan, the Israelites were permitted the use of animal food, but under careful restrictions which tended to lessen the evil results. The use of swine’s flesh was prohibited, as also of other animals and of birds and fish whose flesh was pronounced unclean. Of the meats permitted, the eating of the fat and the blood was strictly forbidden.  {MH 311.3}
Only such animals could be used for food as were in good condition. No creature that was torn, that had died of itself, or from which the blood had not been carefully drained, could be used as food.  {MH 312.1}
By departing from the plan divinely appointed for their diet, the Israelites suffered great loss. They desired a flesh diet, and they reaped its results. They did not reach God’s ideal of character or fulfill His purpose. The Lord “gave them their request; but sent leanness into their soul.” Psalm 106:15. They valued the earthly above the spiritual, and the sacred pre-eminence which was His purpose for them they did not attain. {MH 312.2}


Is it not time that all should aim to dispense with flesh foods? How can those who are seeking to become pure, refined, and holy, that they may have the companionship of heavenly angels, continue to use as food anything that has so harmful an effect on soul and body? How can they take the life of God’s creatures that they may consume the flesh as a luxury? Let them, rather, return to the wholesome and delicious food given to man in the beginning, and themselves practice, and teach their children to practice, mercy toward the dumb creatures that God has made and has placed under our dominion. {MH 317.2}